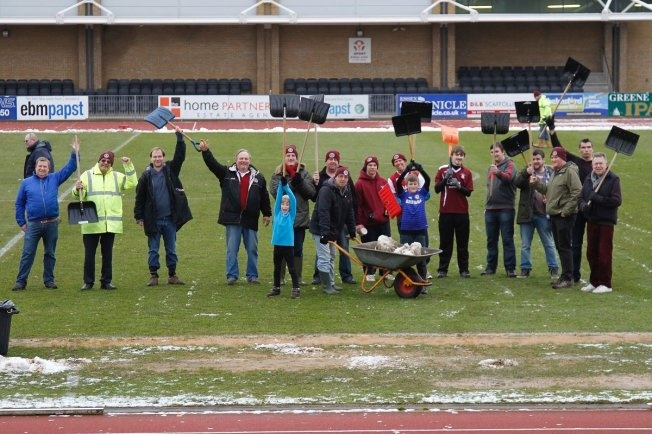 “To support and promote Chelmsford City Football Club and to serve our members’ interests.”

This was the mission statement at the very start – and even today this hasn’t changed. The Supporters’ Club is a non-profit-making, membership-based organisation with several roles. It’s run by a committee, the members of which are elected on an annual basis by the membership.

These days it is sponsorship which provides a large part of City’s income, but the Supporters’ Club still has a vital role to play in financing several recent projects which, many of which are vital for the day-to-day running of the club. These include raising funds for the players’ tunnel, the covered terracing, lights for training, dishwashers for the bar, plus a lawnmower and pitch spiking equipment.

Find out more about the Supporters’ Club