The Supporters’ Club are delighted to announce that we will be hosting a Legends Evening with former Midfielder and captain, Dave Rainford! The event will be held at our Clarets Clubhouse on Thursday 31st January.

We’re also very happy to confirm that former Midfielder, Oliver Berquez and Defender, Aiden Palmer, will also be returning to join Dave for our Legends Evening! Aiden recently took part in a Q&A with us this November and you can read our transcript from that evening here.

It’s fair to say that Rainford (above) is still a huge fans favourite, captain, leader & legend! The former midfielder was also recently voted into our Melbourne Park All Time XI alongside current captain, Anthony Church, in the centre of the midfield.

Rainford (above) joined us in 2008 and became a firm fans favourite for his commitment, hard work and goal scoring abilities. He featured in our famous FA Cup runs with Glenn Pennyfather at the helm, with memorable victories over Colchester United and A.F.C Telford United, with us progressing to the 2nd Round Proper on both occasions. “Rains” made over 160 appearances for the Clarets, scoring over 50 goals. He started his youth career with Colchester United, which included loan spells with Wivenhoe Town and Scarborough. He stayed with the Essex side until 1999, where he then moved onto Slough Town before featuring for various Non-League clubs such as Grays Athletic, Heybridge Swifts, Ford United, Slough Town again and Bishop’s Stortford. After Bishop’s Stortford, he joined Dagenham & Redbridge, where he played in the Football League and became known as the only part-time player in the FL during the 2007-08 season. In his final season with us, he became assistant manager before moving on in 2013 to play for A.F.C Hornchurch before hanging up his boots for good.

“Rains” has since taken on coaching roles since his retirement, coaching with the likes of Tottenham Hotspur and is currently working for the Premier League as a CSM (Club Support Manager). 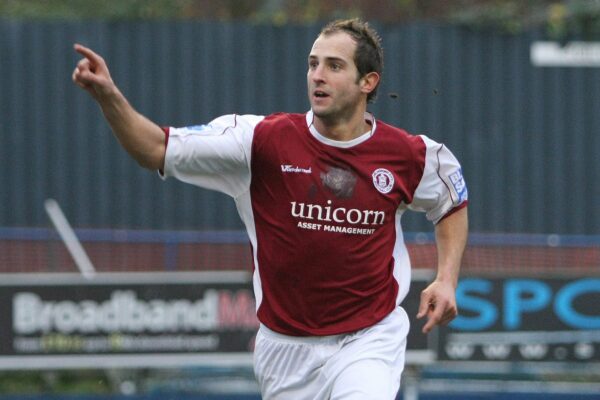 The Midfielder started his youth career with Ipswich Town in 1993 and he joined us in 1997, before going on to feature for Dagenham & Redbridge, Canvey Island, Stevenage Borough, Woking, Chelmsford City again, Dartford, Maldon & Tiptree and A.F.C. Sudbury before retiring in 2016. Over his career, Berquez played senior football for 19 years, winning 5 league titles and playing over 750 matches. Oliver was also a member of the squad that won promotion from the Ryman Premier in the 2007/08 season!

In 2014, Berquez launched a new fitness programme called BlitzFitMe. He is also the founder of 4D Fit! 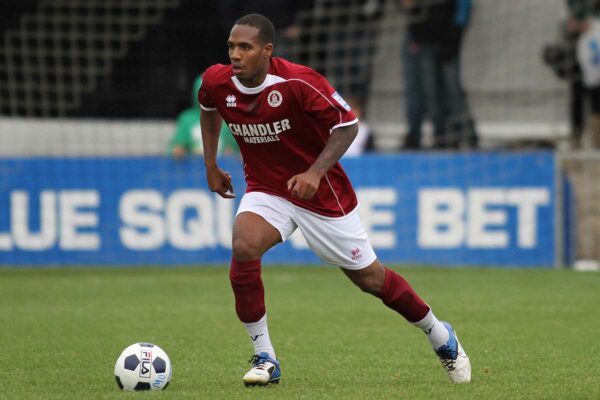 Palmer (above) had two spells with the Clarets, his first between 2011-2013, making 82 appearances and scoring 3 goals, including THAT goal versus A.F.C Telford in the FA Cup. His second spell was a loan spell from Ebbsfleet United in 2015, where the full-back made 11 appearances, scoring 1 goal.

Aiden started his career with Leyton Orient in the Football League and also turned out for Dagenham & Redbridge (loan), Bishop’s Stortford (x2 spells), Cambridge United, Ebbsfleet United & Margate. His career was unfortunately cut short due to injury, however, he has now turned to coaching and is currently the manager of Braintree Town Under 18’s. He is also a meat salesman at Smithfield Market!

Admission will be £13 per person, with a £5 deposit required when booking a place with us. This includes a meal of Chilli con carne with rice and a side of chips. Proceedings will start at 7:30pm where we will have food before Dave, Oliver & Aiden provide a short intro from their football careers before proceeding with a Q&A.

If you would like to reserve a place for the evening please see a committee member on match day or drop us an E-mail at chelmsfordcitysupportersclub@hotmail.co.uk.

We look forward to seeing you on the night!